The third day of 2020 is upon us. Here are some resurrected video clips from the last four years of everything transit related that i am thankful for, in Olympia and PNW proper. Enjoy!

Posted by John Mueller at 9:26 PM No comments: 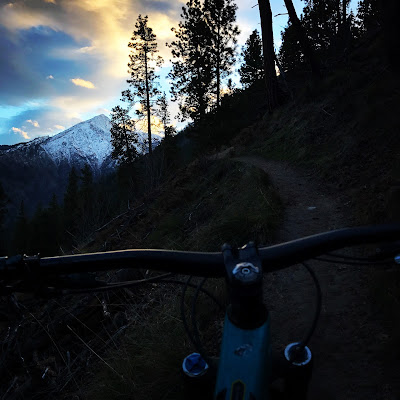 Posted by Father Graham at 7:50 AM No comments:

amongst the local tribes

i redirected into mtn bikes a dozen years ago, but i will never forget the skate & destroy attitude of the local kent shredders at #fenwick.  i was 33 they were 17, but stilll my favorite skatepark in all of our region!

It has been a privilege and a pleasure to have been a part of the nobby tire cycling scene in the Olympia area for all of these years.

I ran into Corey Thompson last night at Vic's Pizza Wildwood. I reminded him of the Capital City Bike Club intro to MTB class I took with him and Bill Stevenson in 1991. We rode cantilever brake rigid bikes through bottomless mud to Mima Falls - it was terrible - I was hooked.

1992, my long time friend Jamey Poelker, first MTB race together. The "beginner" class rode from Old Camp Bordeaux to The Peak and back - all moto trails in those days. I hallucinated and could not see straight after dropping down from the towers into Old Trail 30. Experiential learning of what "bonking" meant.

1994, bought my first carbon mountain bike from Will Trogden at Bike Tech - Giant Cadex. Worst drivetrain ever - Suntour. Destroyed the rear wheel hucking stairs on the Capitol Campus. The frame was unphased.

2002, Sick Puke - I thought it would be a good idea to ride an all trail circumnavigation of Capitol Forest and so did a few other Sickos. It wasn't until 2009 that we actually pulled it off - crossing into my old Capitol Forest property after 67 hard earned miles of CF trail with my good friend Henry Gertje and the rest of the great crew.

2006, we needed to take better care of Our Forest, so we started FOCF.

2007, why not start the NW's only Super D Series, right here in Capitol Forest?
All mountain Capitol Forest King and Queen? Yes, in 2008.
The CF AM King/Queen was the fallout after racing Downieville in 2007. My co conspirator of shred, Matt Jagger and I had major "earn your turns" racing fever after that pilgrimage to the home turf of all mountain racing's original hard man, Mark Weir. 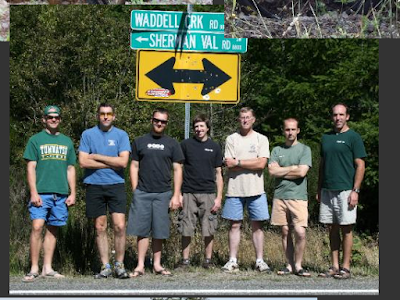 2010,  a few us fought the winter blues in Olympia by starting OLY DIRT.

These are just some of the Olympia nobby tire experiences and good people that helped shape me as a cyclist and citizen of Olympia.

There is a deep list of Olympia cyclists and businesses who are continuing to shape and improve the riding experience in and around Olympia these days. The results are and will be stunning. I am particularly excited for and interested in what Andrew Claiborne, Adam Hale, John Mueller, Trey Wilson/Lee Peterson Team and Tim Smith are up to these days - a few among many local cyclists pushing the Oly cycling scene forward.

Dear Oly Dirt Cyclists -
Thank you for being great, and thank you for sharing the great and honorable responsibility of building and sharing in the holistic pursuit of personal and social health and excellence through the act of riding bicycles on OLY DIRT.

Had a great ride in CF tonight. Moto trail, of course. 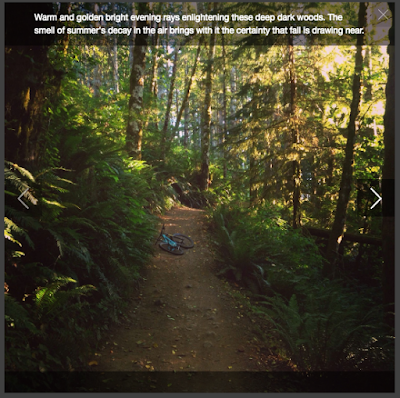 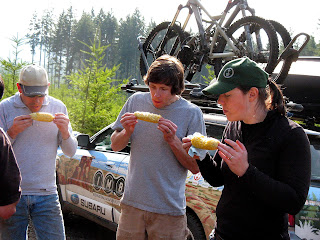 thank you homies for all these years.

Everyone else is still pretending 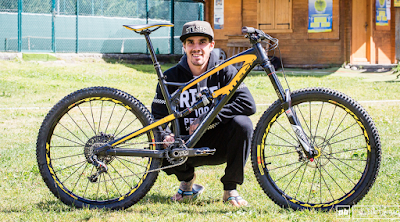 Posted by Father Graham at 9:17 AM No comments: 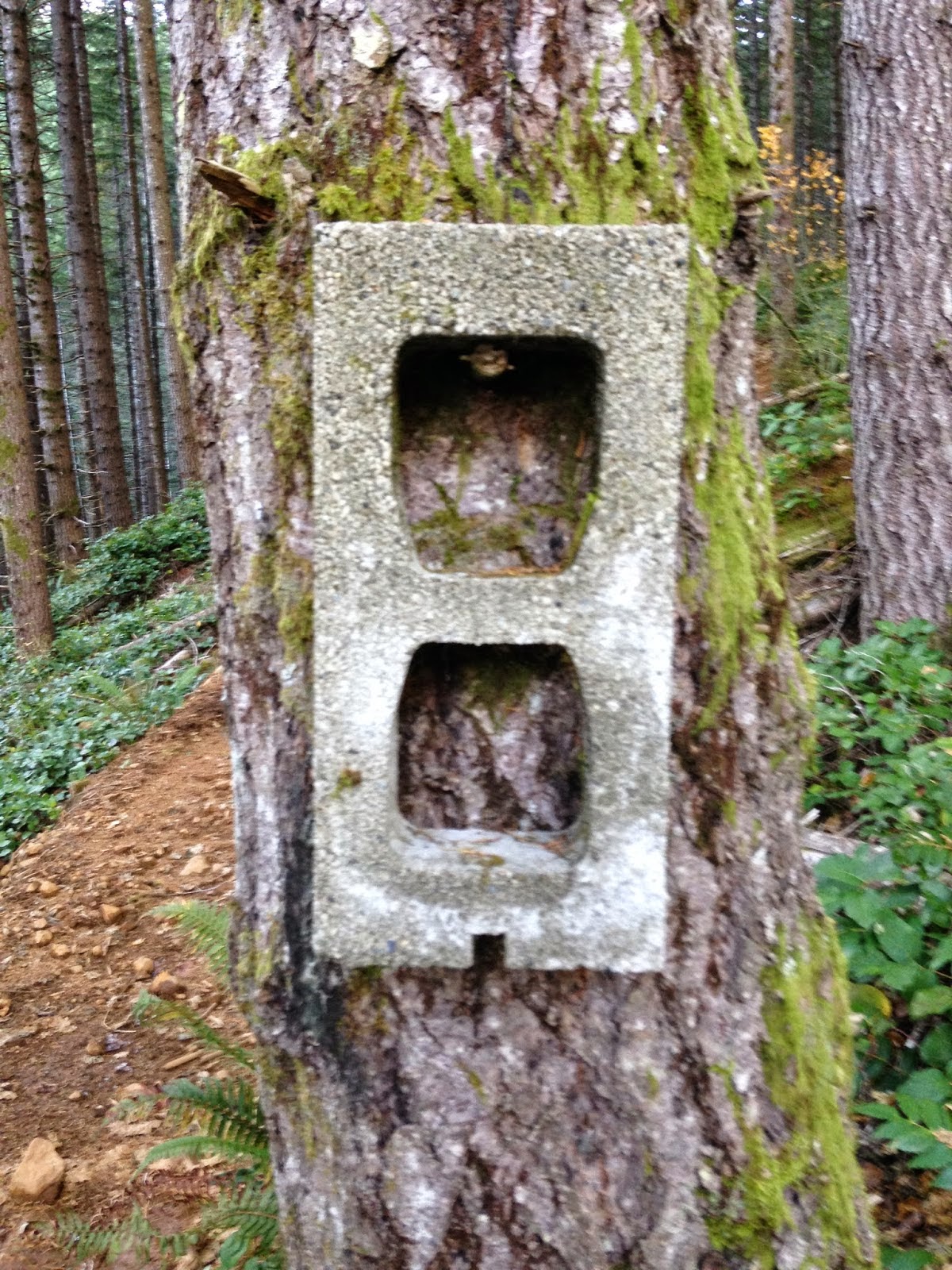 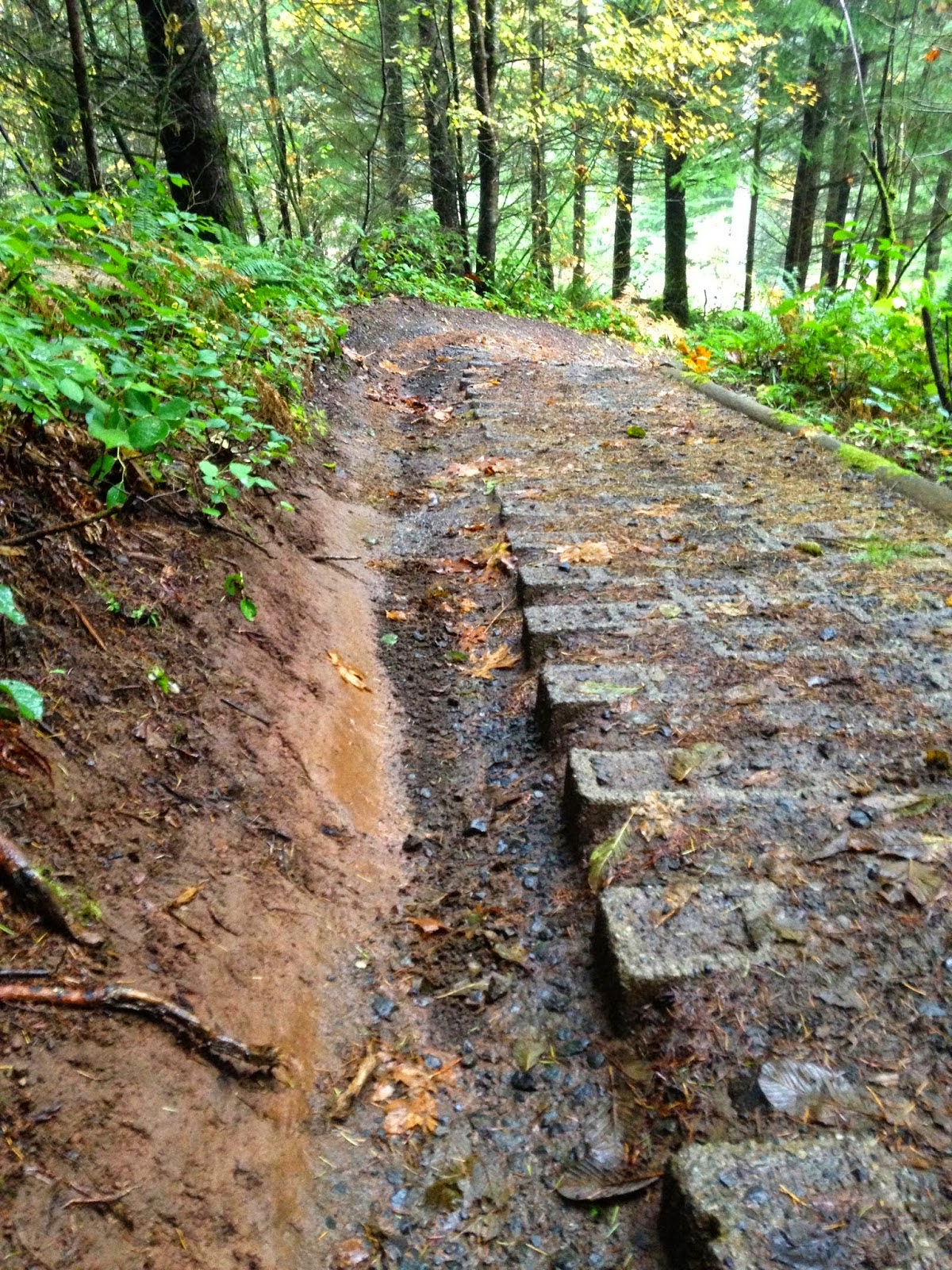 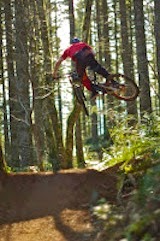 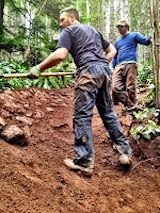 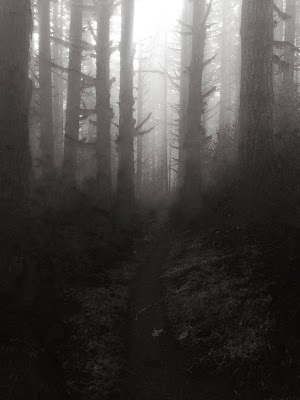 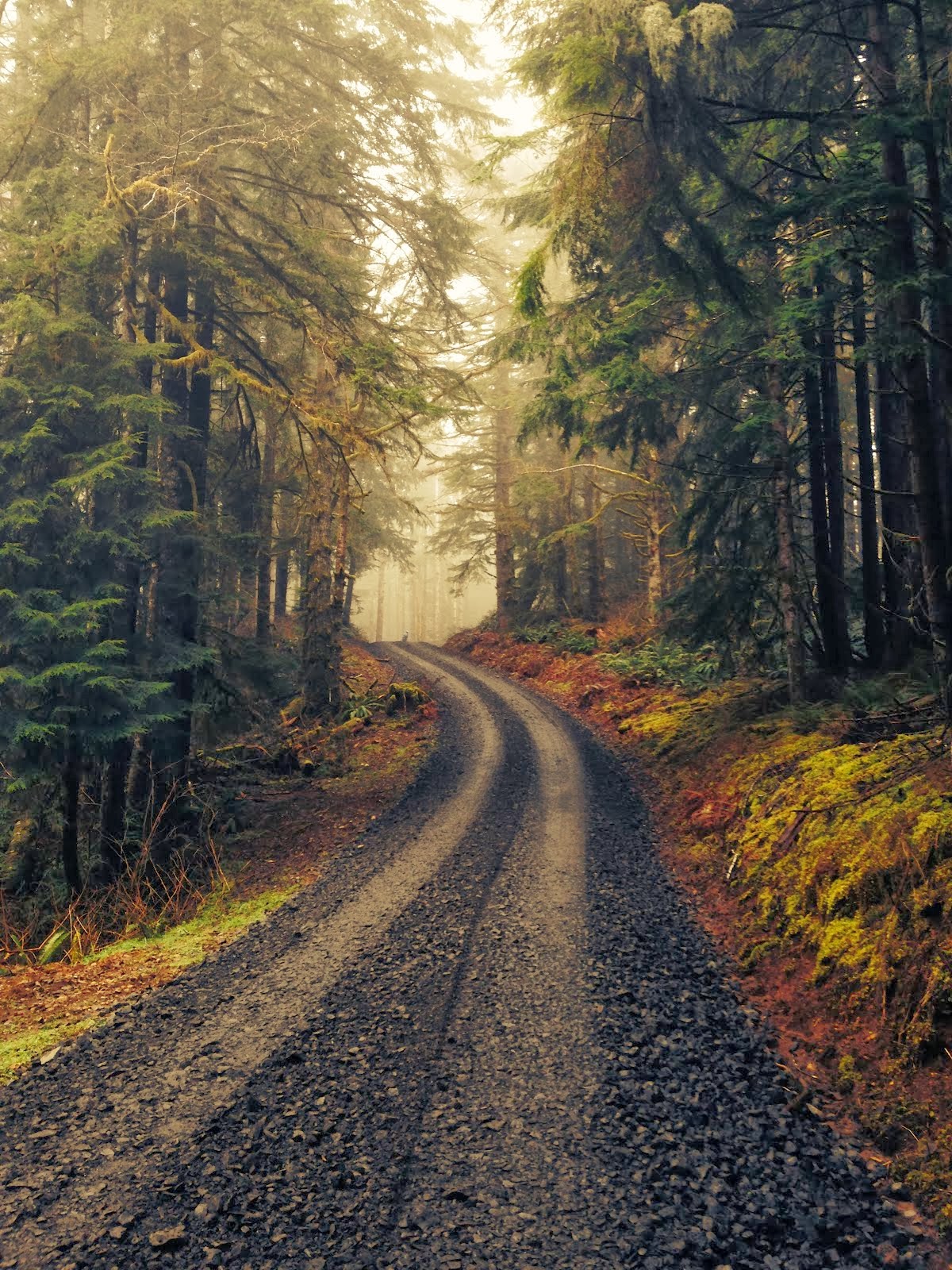 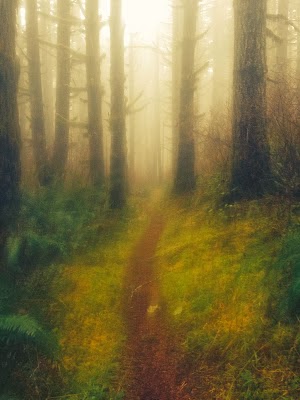 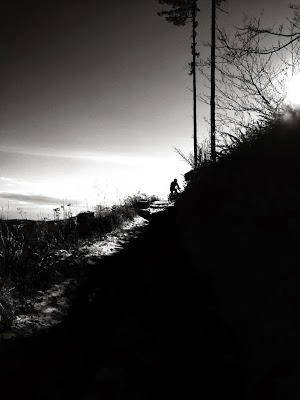 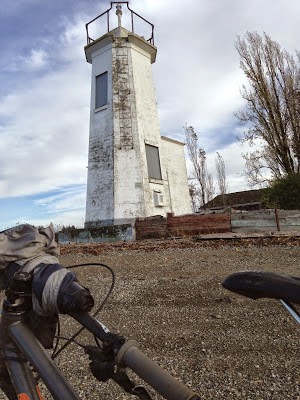 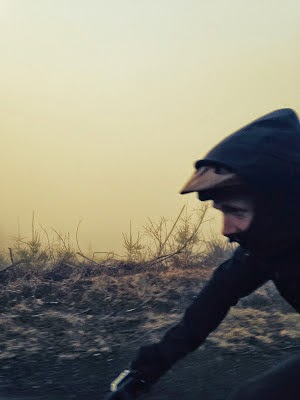 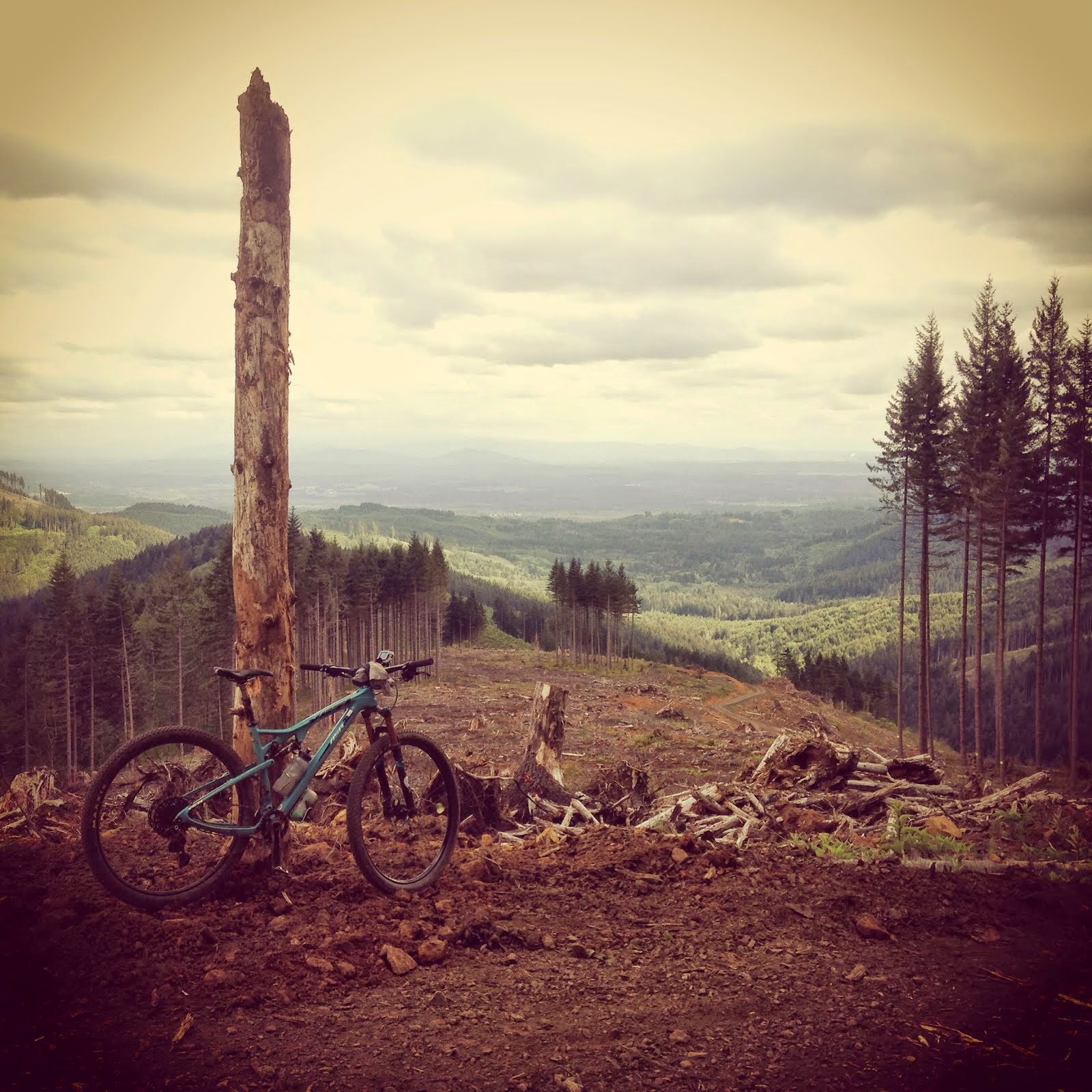 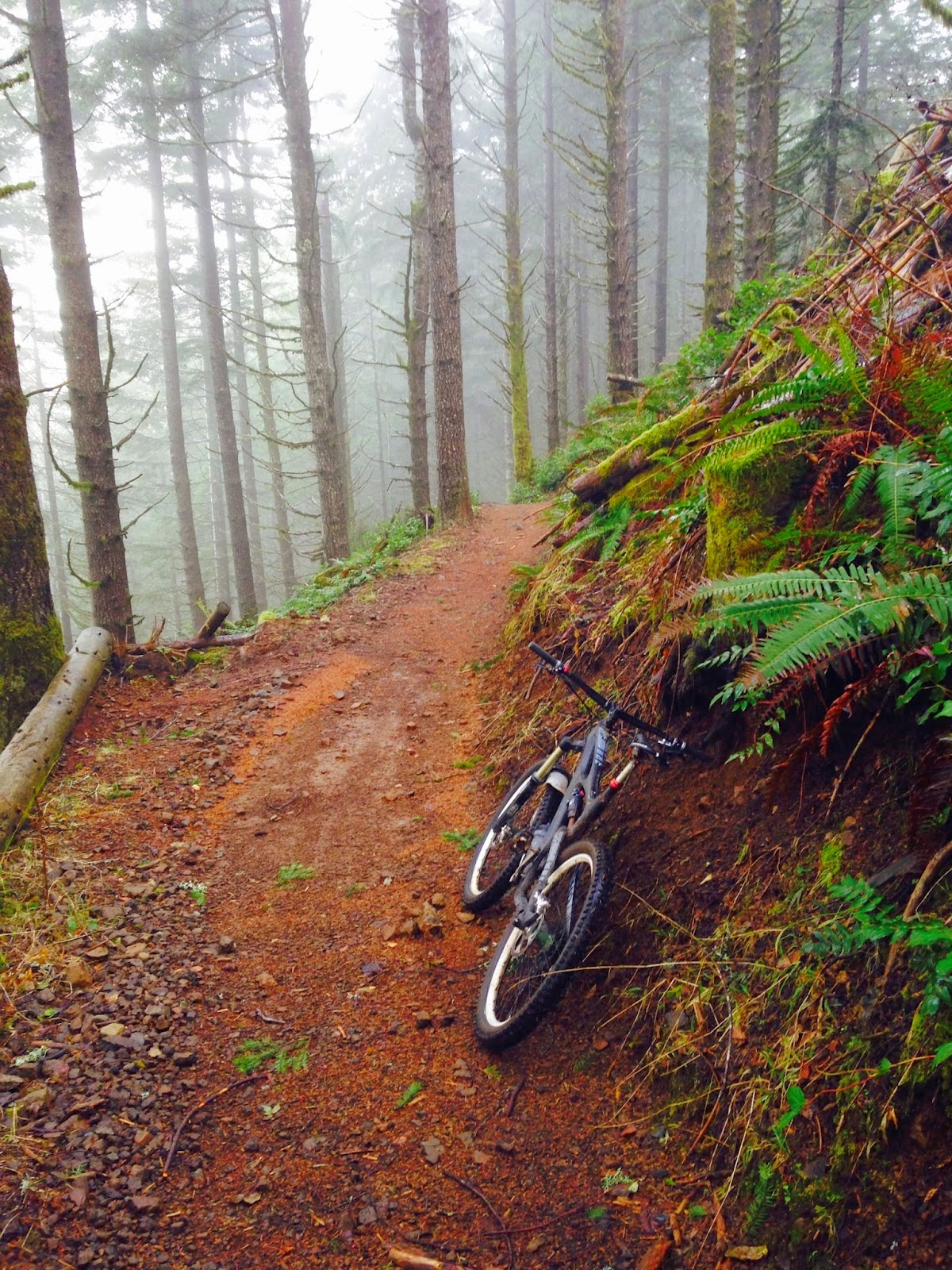 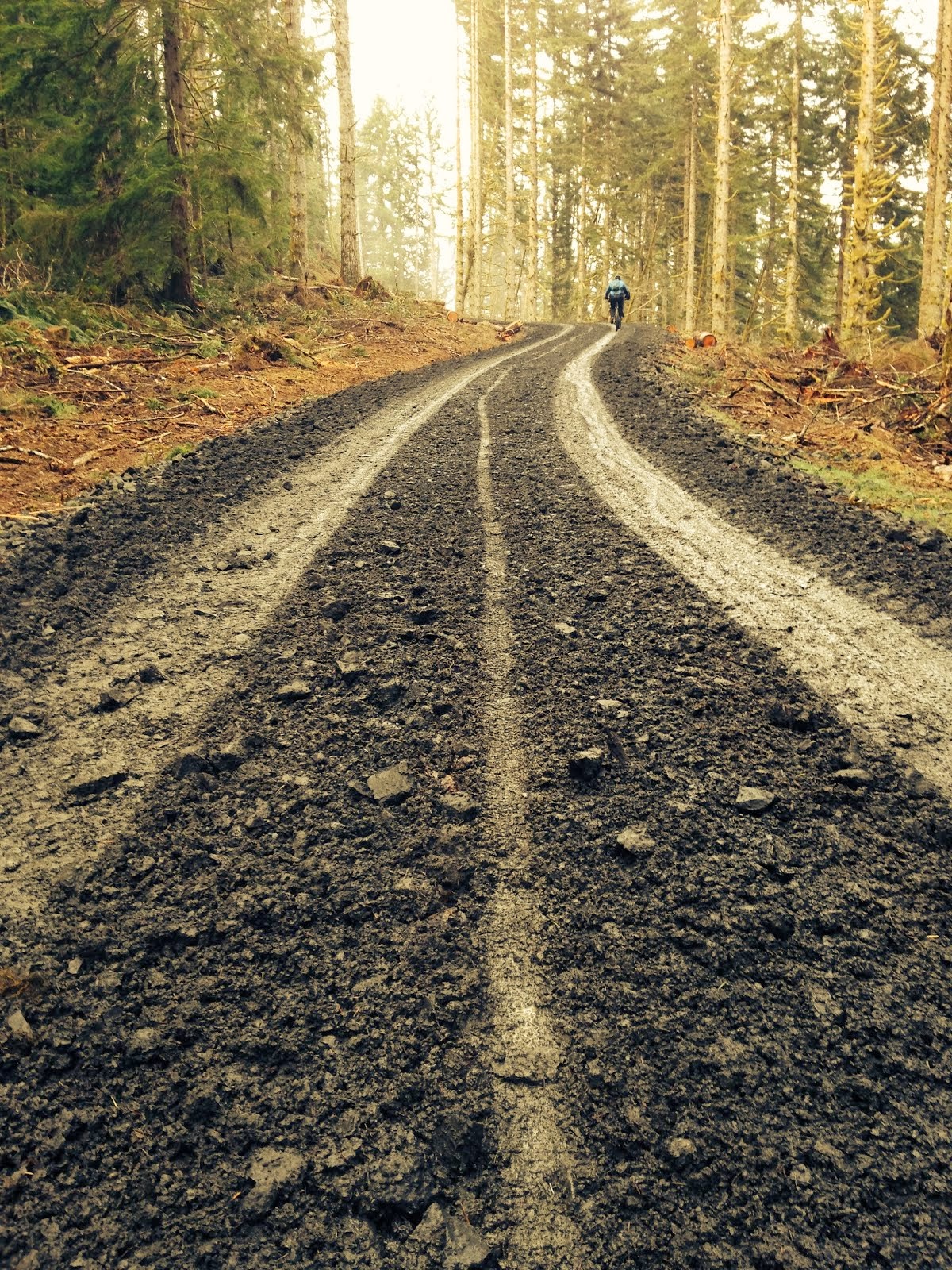 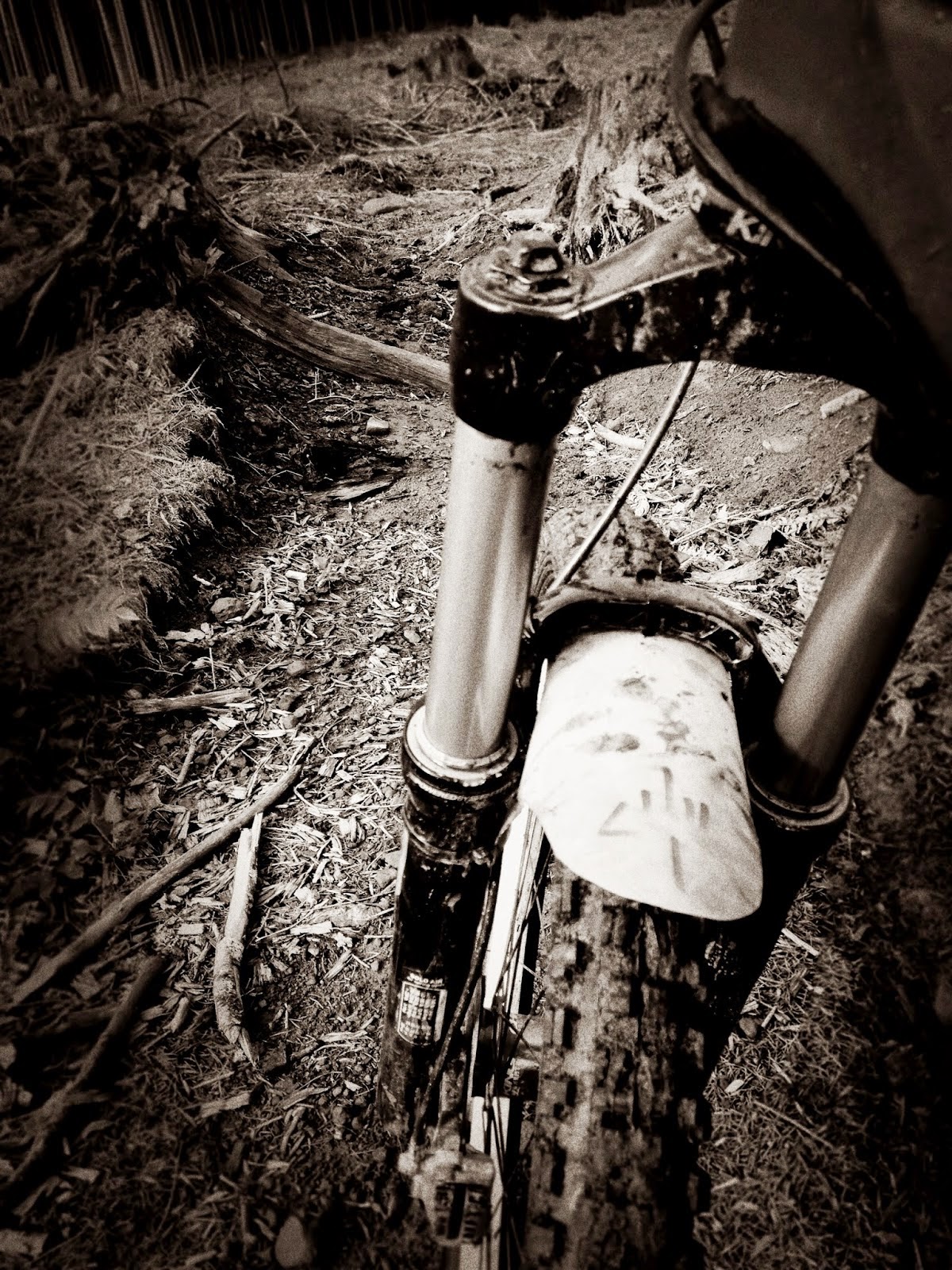 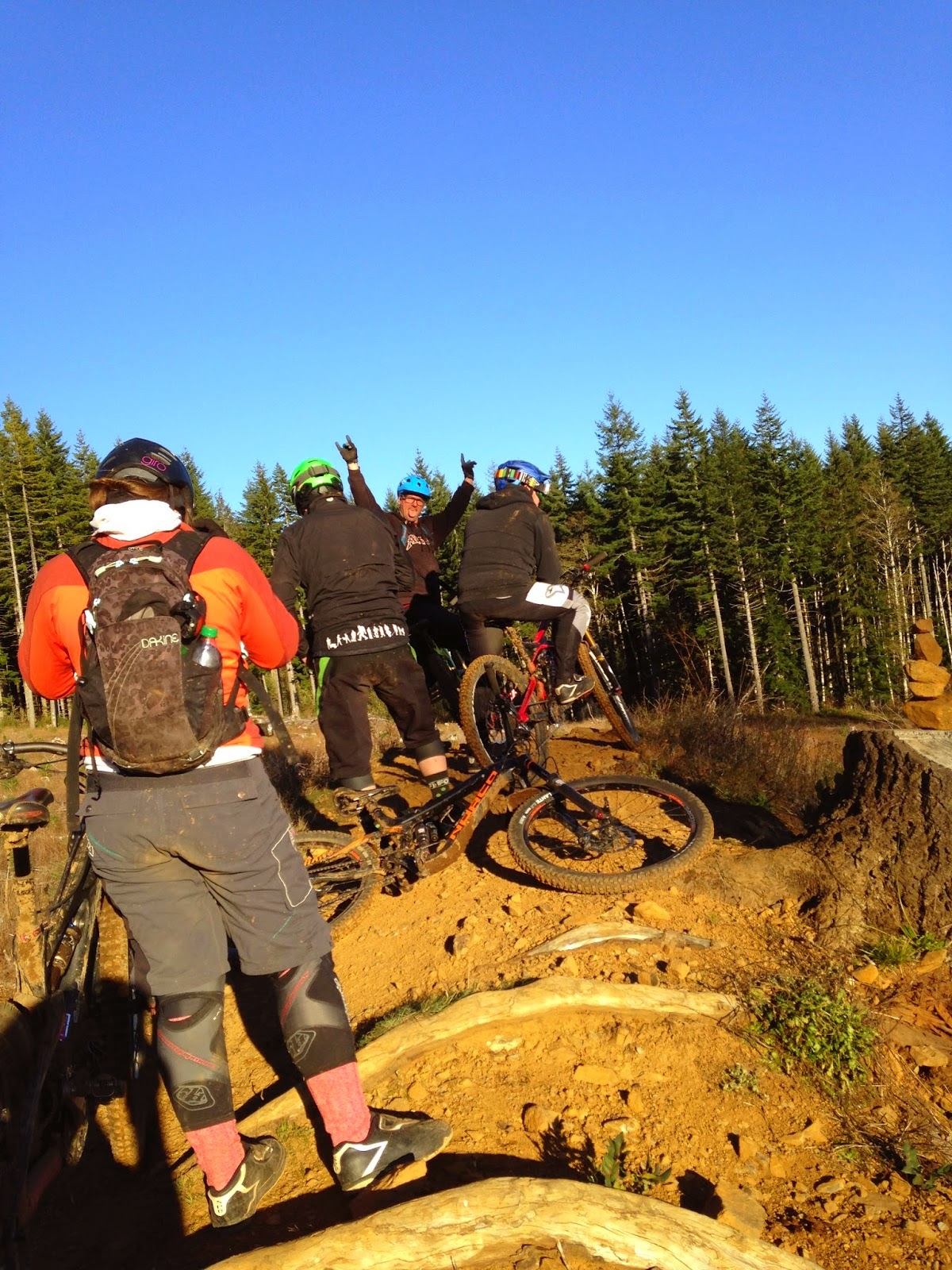 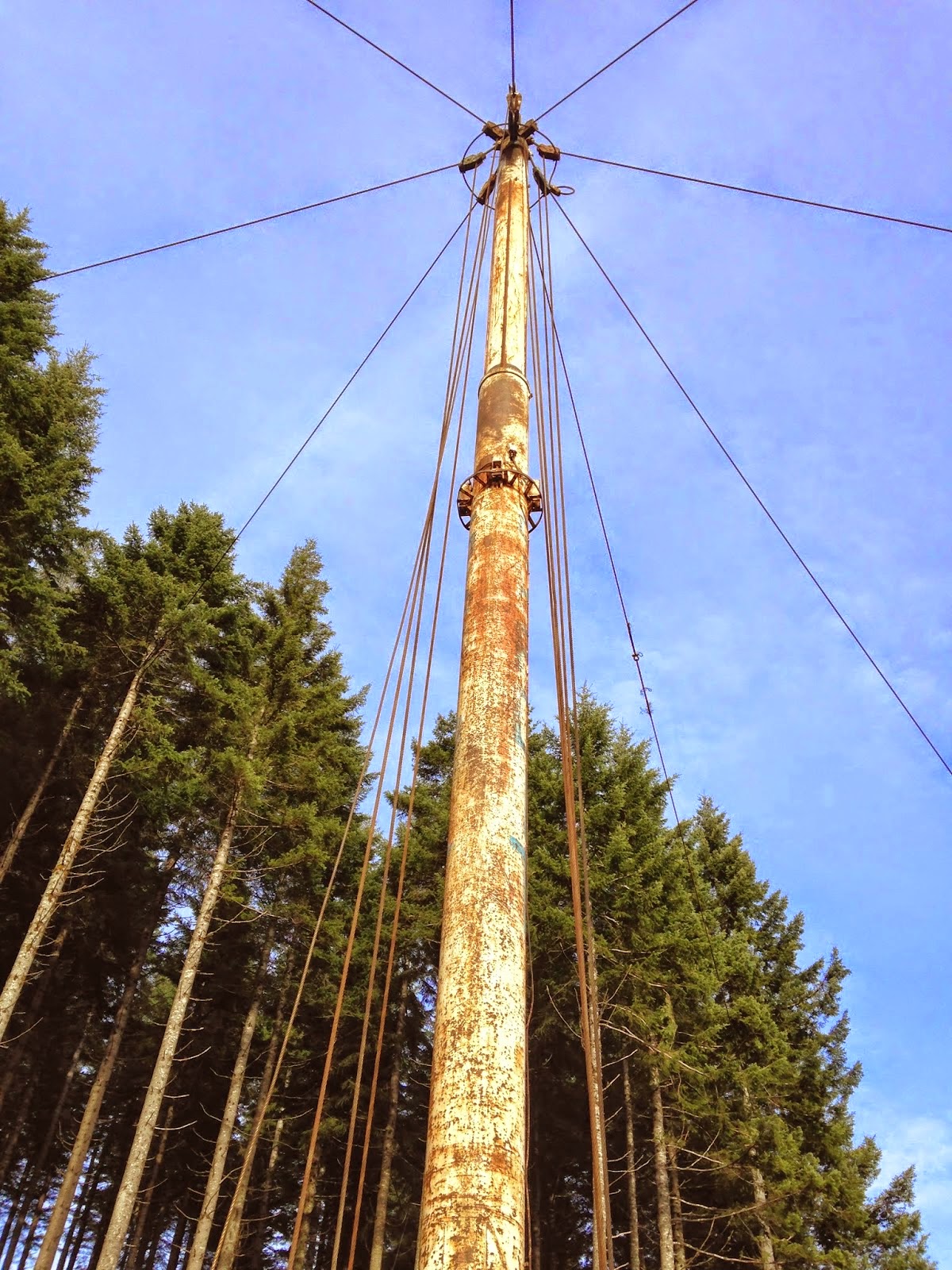 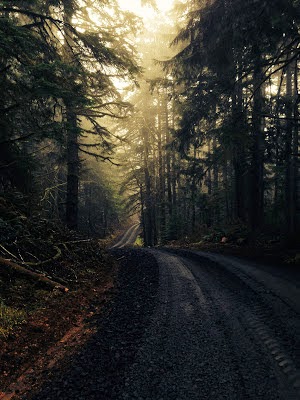